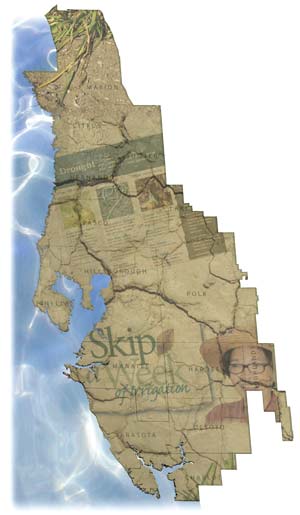 As the drought continues to make front-page news across the country, the District is taking steps to stretch our limited water supply and raise public awareness about what people can do to help.

The District has had below-average rainfall since January 2006. As of December, the Districtwide 24-month rainfall deficit is approximately 23 inches.

“Conditions have not improved, particularly in the southern portion of the District,” said Richard Owen, District deputy executive director of the Division of Resource Regulation.

The District’s drought mitigation efforts began in January 2007 by declaring a severe water shortage and issuing a water shortage order, which limited lawn watering to one day per week throughout the 16-county area. That order was extended through June 30, 2008.

District staff also coordinated a meeting between the PR/MRWSA and utilities in the southern portion of the District to determine how they can all work together.

“Pumpage out of the PR/MRWSA is 25 percent less than this time last year, so the efforts being taken are paying off,” said Pat Lehman, P.E., PR/MRWSA executive director.

In addition to regulatory efforts, the District always promotes water conservation through education and retrofit programs. However, the District is now reaching out to the community in several new ways, including a new web page, a public awareness campaign and grassroots efforts.

In October, the District kicked off a public awareness campaign encouraging residents to “skip a week” of watering in the cooler months to train their yards to be drought-tolerant in the spring.

“There are thousands of homeowners associations and churches within the District,” said Michael Molligan, District communication director. “We’re contacting these organizations to provide “skip a week” information for their newsletters and offer a District speaker to come out and talk about the drought. We believe this will be an effective, hands-on way of getting more people to truly understand the impact of the drought.”

Other media-related efforts include staff appearing on public affairs programs and local government access stations to discuss the drought.

Upcoming efforts include a media campaign in the spring featuring District Executive Director David Moore. The radio and television public service announcements will begin airing in late February and run through April. 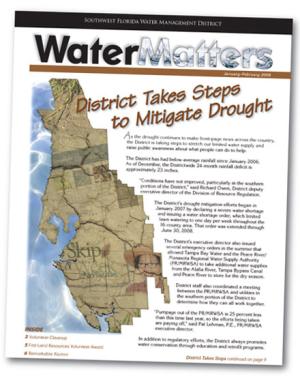