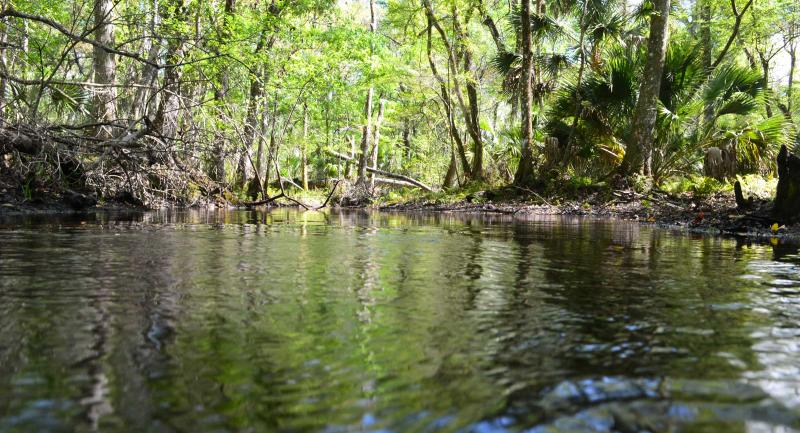 Unlike the clear, cool waters of the Springs Coast Watershed's spring-fed rivers, the Pithlachascotee is a blackwater stream that is more than 20 miles long and originates in the Crews Lake area of Pasco County. Along with the Anclote River, the locally nicknamed "Cotee" River crosses the District's Starkey Wilderness Park and meanders through Pasco County. It eventually makes its way out to the Gulf of Mexico at Miller's Bayou.

Because of its connection to the Gulf of Mexico, the Pithlachascotee River is tidally influenced. Development increases as you move closer to the salt water because many people want to live close to the Gulf of Mexico. As the number of businesses and houses along the bank of the river increases, the amount of natural character and vegetation decreases. Development along the banks of the river has also led to increased stormwater discharge into the river and an increase in nitrate levels. In the past, these increased nitrate levels have been linked to leaky septic systems.

This was the last stop on our trip. We hope you enjoyed the excursion and learning about watersheds!