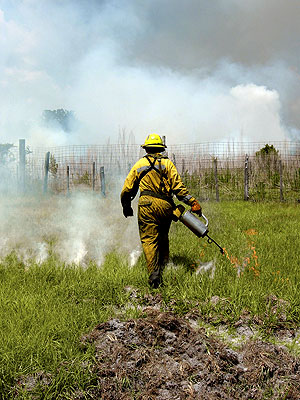 The District conducts “controlled, prescribed burns” on about 20,000 acres of District-managed lands annually.

Many of Florida’s native plants and animals are dependent on fire to maintain balance within the ecosystem. Prior to human intervention, lightning-caused fires burned out of control until they were extinguished by rain or reached a natural barrier, such as a river. Due to development and population growth, natural wildfires are no longer allowed to burn unchecked, making prescribed fire an important tool in land management.

Burns are only conducted when weather conditions allow the objectives to be met while minimizing impacts to the public. Scheduled burns are a part of routine maintenance of District lands and are completed in small, manageable units. 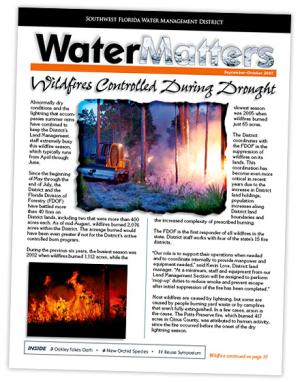