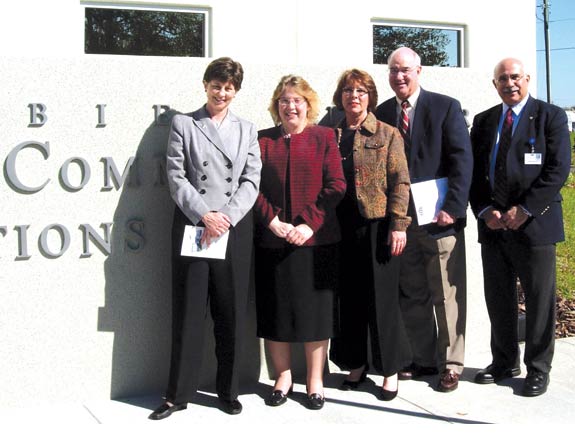 An agreement between Hernando County and the Southwest Florida Water Management District allows the District access to the county’s new Emergency Communications and Operations Center if the District’s Emergency Operation Center (EOC) is damaged.

The center, which is adjacent to the Hernando County Sheriff’s office, is built to withstand a Category 5 hurricane and has backup power and utilities for sustained operations in the aftermath of a disaster.

As part of cooperative efforts between the county and the District, the county has agreed to let the District install a virtual server in the new center so both organizations can backup and have redundancy with some of their critical computer systems.

“This is a true partnership in the public interest,” said Eugene Schiller, District deputy executive director.

In addition to housing the District’s virtual server, the county will make space for essential District staff to assist with coordination activities during all countywide EOC activations and will serve as the District’s backup EOC if the District’s EOC is damaged.