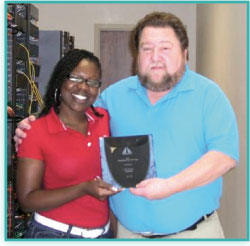 The award recognizes the supervisor who has demonstrated dedication, support and commitment to the INROADS mission.

The mission of the national nonprofit INROADS organization is to develop and place talented minority youth in business and industry and prepare them for corporate and community leadership. Of the 29 students that the District has had involved in the INROADS program since the relationship began in 2002, 11 of them were placed by Lewis.

“Jim Lewis personally called me and brought me on board as an intern here at the District last year,” said Louis. “Little did I know that our phone interview would lead to such a substantial growth in my knowledge of this industry.”

Louis said that she nominated her manager because she saw him as a positive role model.

“He demonstrates knowledge of the business,” said Louis. “He deals with others fairly when under pressure, he works well with others in the department, and most importantly, he treats others with respect.”

This year the District had three INROADS interns: Louis and German Plazas, Information Technology, and Diana Perez, Communications. Plazas is completing his second year as an INROADS intern, and said that he found his time rewarding.

“Working as an INROADS intern has been a great experience,” said Plazas. “The ability to attend school and work at the same time helps me apply things that I learn in class in my daily job. The District has helped me accomplish some of the short goals I had set for myself before graduating.”

Plazas was initially brought on board in the Enterprise Infrastructure section to gain some fundamental computer support experience, according to Jim Lewis.

“German and I discussed his career goals after the first year, and he wanted to get more into the programming and database support area,” said Lewis. “We found a place for him on the applications team, and he has been working productively in that area ever since.”

“I would definitely put this experience among one of the greatest and most fulfilling professionally in my undergraduate career,” said Perez. “I am so very thankful to everyone who helped in making it happen and those who guided me along the way.”

“The District’s partnership with INROADS has benefited us as well as the students,” said Kerrick. “The talented students bring us fresh ideas, and we give them opportunities to learn how they can become leaders in their fields.” 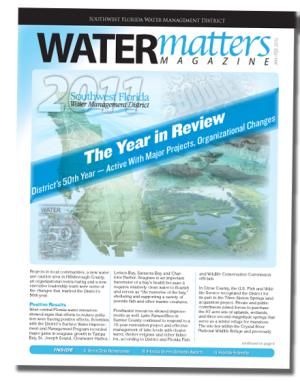