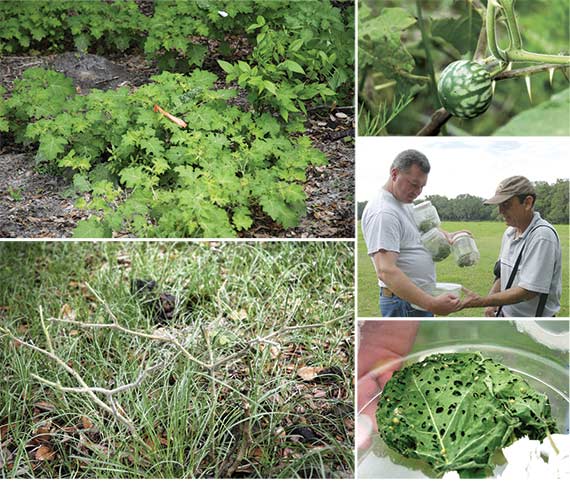 Clockwise from top left:1: This marked plant indicates beetles were placed on it so the rancher does not tamper with it. 2: One tropical soda apple fruit can contain hundreds of seeds. 3: Mike Terry, District plant management crew leader, and Dr. Julio Medal prepare to release TSA leaf-eating beetles. 4: The small beetles come from Medal’s cages in Gainesville. 5: This is an example of what a TSA plant looks like after the beetles are through with it. 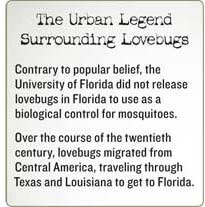 Thousands of beetles are being used to devour an invasive plant species that has already covered more than one million acres of land throughout Florida.

This invasive plant is known as tropical soda apple (TSA.) The shrublike plant is native to South America but was first discovered in Glades County in 1988, and it spreads through pastures and other natural areas like wildfire.

The District has joined forces with the University of Florida (UF) to combat TSA on District land as well as properties under District conservation easements.

“With the wetlands being dry over the past couple of years, I’ve even found it in a lot of cypress swamps,” said Mike Terry, District plant management crew leader.

Public land managers typically use herbicides and mechanical techniques to control TSA. However, these practices can be expensive and only attack the plant on one side of the property line.

“The most common way TSA is spread is by animals eating its fruit,” said Terry. “Each fruit, which looks like a small watermelon, has hundreds of seeds that are highly viable, even after going through an animal’s digestive system.”

The District’s vegetation management section has teamed up with Dr. Julio Medal from the University of Florida’s Entomology and Nematology Department and Institute of Food and Agricultural Sciences (IFAS) to naturally rid the land of this invasive species.

Medal has been working with the TSA leaf-eating beetles, which are about the size of a pencil eraser, and collaborating with researchers from Brazil and Argentina for more than 10 years. Since 2003, he has released close to 200,000 beetles in dozens of Florida counties. In addition to working with the District, Medal also collaborates with the U.S. Department of Agriculture’s Animal and Plant Health Inspection Service, the Florida Department of Agriculture and Consumer Services’ Division of Plant Industry, the Florida Fish and Wildlife Conservation Commission, the Florida Division of Forestry and state cattlemen’s associations.

“More and more ranchers are asking for the beetles because the cattle won’t eat the plant, only the fruit, and it is very expensive to control it,” said Medal.

TSA competes with Bahia grass, hindering cattle grazing. In addition, TSA is also a host for at least six viruses that affect vegetable crops, including tomatoes and peppers.

Medal says the beetles are an ideal tool to combat this noxious plant because they are very specific feeders — they only eat TSA leaves. Eating the plant’s leaves stresses the plant and inhibits fruit growth.

Studies conducted in Argentina, Gainesville and Missouri show that because the beetle is so specific about what it eats, it starved to death when there was no TSA to feed on.

For the past three years, Medal has been working with Terry to release TSA leaf-eating beetles on District land as well as private property with District conservation easements.

Research has shown that the beetles can travel up to 10 miles a year in search of food. The beetles also go into a hibernation period during the cooler months and become active again in March or April.

“I’ve seen fields where no one has released any beetles and they are there,” said Terry. “They spread about a mile a year on average.”

As someone who has spent a lot of time controlling invasive species through spraying and mechanical means, Terry says he was skeptical in the beginning about whether the beetles would work.

“But as the project progressed, I started seeing the results and I am really excited to be working on this project,” said Terry.

Terry and Medal recently visited a site on the District’s Green Swamp East property where TSA was abundant. The area, which is usually wet, has been dry for several years, so Terry released the TSA leaf-eating beetle there and used it as a research area where he would “raise” more beetles to move to other sites.

Now the beetles have done their job and destroyed most of the TSA on the high ground, and the lower areas are filled with water. If it stays wet, the TSA won’t be a problem.

The two plan to release at least 10,000 more beetles, which Medal raises in cages at UF, on District conservation land by the end of the year.

“People know about the success we’re having here,” said Medal. “Our work is getting worldwide attention.”

Medal hopes to build upon that success and is currently working on securing approval to release another beetle of the same family as well as a weevil, both of which feed on TSA. Medal wants to release the second beetle because the TSA leaf-eating beetle goes dormant during the cooler months. The second beetle is active in the cooler months and cooler climates, which would be helpful because TSA has spread as far north as Pennsylvania.

To learn more about the District’s efforts to control invasive aquatic plant species, visit the District’s web site at WaterMatters.org/projects/aquatic-plant-management.

To learn more about the University of Florida’s efforts to combat TSA, visit the IFAS web site at solutionsforyourlife.com/. 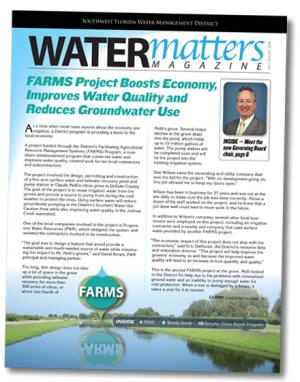