Art has always been a part of Pati Twardosky’s life. In fact, she never considered any other profession.

Growing up in Boonton, N.J., her family took advantage of the close proximity of New York City, and excursions to the museums and Broadway were a regular pastime.

Some of her favorite annual events were attending the Nutcracker Suite ballet at Radio City Music Hall at Christmastime, the Macy’s Thanksgiving Day Parade, and the Ringling Bros. and Barnum & Bailey Circus at Madison Square Garden. School field trips were often to the Metropolitan Museum of Art or the Guggenheim. Summer vacations in Southampton rounded out memories of a very cultural and enjoyable childhood.

After graduating from Paier School of Art in Hamden, Connecticut, Twardosky worked in retail advertising in New Jersey until a move to New Hampshire introduced her to the world of computer design, which was then in its infancy stages at Wang Laboratories, Lowell, MA.

Working in the Research & Development Department was very educational and helped build the foundation for her future career at the District.

“This was my first art job working with computers,” said Twardosky. “We were designing the fonts used in computer programs. Technology in graphic design has grown tremendously since then.”

A move for Twardosky and her husband Ron to Florida in the early eighties brought not only the birth of their son Nicholas but also the rest of Pati’s family, a decision for which she is very grateful. They recently celebrated their twenty-fifth wedding anniversary.

It was her husband who heard there was an artist position opening at the District and encouraged Twardosky to apply. Almost 18 years later, they both agree it was a terrific move.

When communications manager Dean Rusk hired her in 1991, there were two other artists, both men. The two bet each other that she wouldn’t last six months, but she outlasted them both.

The advancement of technology has been enormous over the years, in both prepress production techniques and equipment, as well as software design applications.

But while technology has continued to evolve, some things stayed the same.

“Dean has been my manager right from the beginning,” said Twardosky. “His management style and skill, along with my co-designers, makes this a thoroughly enjoyable career, and I appreciate my good fortune to be here.”

“When I first started, we were in a trailer out back and we sat at large drawing tables. We used a stat camera and wax to cut and paste copy into documents to be photographically reproduced. We’ve come a very long way.”

Pati isn’t the only member of the Twardosky family to work at the District. Her son Nick worked in the mailroom when he was attending Pasco-Hernando Community College, which allowed him the opportunity to learn about all of the departments and what they do. He is now finishing his degree at the University of South Florida and operates his own landscaping business, EarthRise. He concentrates on using Florida-friendly principles and other “green” methods, a tribute to the District’s influence.

Art is also a part of Twardosky’s life outside of the District. Artists Frida Kahlo and George Rodrigue influence her preference for bright colors and simplicity. She enjoys doing arts and crafts projects and contributing her time to Stage West Community Playhouse painting scenery or backdrops. She even won a “Hami” for her work on the set of the musical Brigadoon.

“My whole family is extensively involved in community theater,” said Twardosky. “I just help with the painting.”

Twardosky will also have her second Hallmark greeting card produced. The first was of the family dog, Rufus. The second is a holiday theme in time for Christmas.

Some of her favorite trips have been to New Mexico and stops along the way. Twardosky and her husband also enjoy taking weekend trips, checking out quaint cities in Florida to enjoy the local atmosphere and culture. While St. Augustine and Mount Dora are among their favorites, they like to go “anywhere with antiques, flea markets and good food.”

Although having been on a family road trip to the Florida Keys as a child, Pati never imagined that it would become her home. Now she can’t imagine being anywhere else. 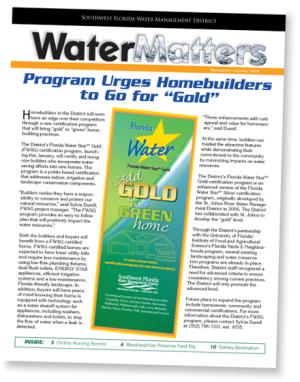