Who's Who at the District 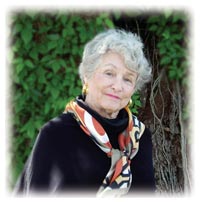 At a time when most people often begin planning for their retirement, Betty Rushton was beginning her career in environmental science.

“This is my second career,” said Rushton. “My first was a homemaker.”

After raising four sons, Rushton went back to school at age 50 to finish her undergraduate degree in environmental studies at New College in Sarasota. But Rushton didn’t stop there, she continued on until she received her master’s in environmental engineering sciences and her Ph.D. from the University of Florida’s Center for Wetlands.

Before returning to school, she also was active in environmental issues, serving on citizens’ advisory committees and the District’s Manasota Basin Board.

“Stormwater runoff pollution is considered the largest source of degradation to our rivers, lakes and estuaries today, and reducing this problem is one of the objectives of the District,” said Rushton.

Since 1990, Rushton has worked on 20 research projects concerning stormwater pollution issues. Eighteen of these projects are now complete. Information learned from these studies has contributed to improved knowledge and changes in parking lot designs, and treatment ponds for agricultural runoff.

While Rushton did not begin her “second career” until later in life, she has accomplished a great deal during her time with the District. Because of her research, Rushton was invited to serve as one of nine members of the executive committee of the Urban Water Resource Research Council of the American Society of Civil Engineers. She was also one of 50 people invited to participate in the Low Impact Development Roundtable, which was sponsored by the Environmental Protection Agency (EPA).

“The fact that I have been influential in furthering the understanding of stormwater techniques and that the data are widely used by stormwater professionals continues to be one of my proudest accomplishments,” said Rushton.

The District’s research projects have received national recognition and continue to be requested many years after being first published.

To achieve these many accomplish-ments, Rushton taps into a seemingly endless reservoir of energy. She can frequently be seen walking laps around District headquarters with her weights in hand and she’s been known to charge through District hallways and around corners. As an early warning system for her co-workers, District Environmental Scientist David Carr made her a hat with a red flag on it so everyone could see her coming.

Rushton believes in the District’s mission to protect our water resources and that this is the best place to do the research necessary to accomplish that goal.

“Working at the District makes it possible for me to do detailed research and get comprehensive information out to other professionals — it’s a strong incentive,” said Rushton.

Rushton also sites the financial support of our research efforts by the EPA and the encouragement of the Florida Department of Environmental Protection as an added attraction.

Despite being in her late 70s, Rushton says she still loves what she does and can’t think of anything more enjoyable than doing research, although “the morning alarm clock is getting pretty tiresome.”

While she may be ready to give up the battle with the morning alarm clock — Rushton plans to retire next year — she says she plans to stay busy by hiking, traveling and being involved with stormwater management issues.