The District’s executive director recently declared an emergency order to increase water restrictions including limiting lawn watering to once per week in the Tampa Bay area due to continued drought conditions.

Under the emergency order, the allowable lawn and landscape watering schedule is reduced to once per week on a specified day based on address. Micro-irrigation and hand watering of nonlawn areas still are allowed any day; but like all irrigation, such activity must now occur only during designated hours (before 8 a.m. or after 6 p.m. unless otherwise specified by a stricter local ordinance).

Citrus, Hernando, Lake, Levy and Sumter counties, as well as the City of Dunnellon and The Villages in Marion County, currently are under a Modified Phase III order with more stringent restrictions.

Counties in the southern and eastern portions of the District’s region remain on Modified Phase I restrictions. Those counties are: Charlotte, DeSoto, Hardee, Highlands, Manatee, Polk and Sarasota.

Counties remaining under the Modified Phase I order continue to follow the District’s year-round water conservation measures. That means lawn and landscape watering remains limited to a two-day-per-week schedule and residents only may water before 10 a.m. or after 4 p.m.

However, some local governments in the Modified Phase I portion of the District have stricter local ordinances limiting watering to one day per week or specifying different watering hours. Residents should check with their local government or water utility for any local schedule.

For additional information about water restrictions and water conservation, please contact your local utility or visit the District’s website at WaterMatters.org/restrictions/. 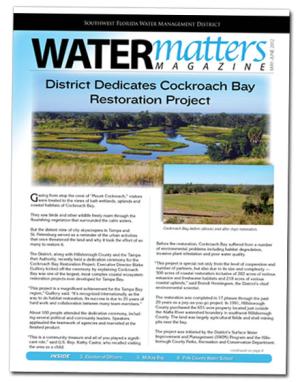