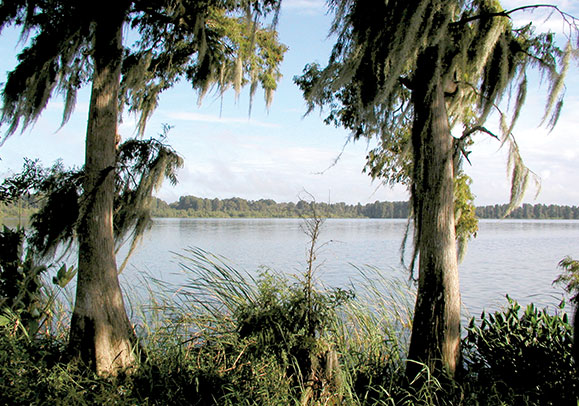 The District is in the process of raising the levels of Lake Hancock to meet the minimum flows for the upper Peace River.

During the 1990s, the District identified, planned and executed a number of programs and partnerships to implement changes necessary to protect our precious natural resources for future generations. It was a decade of proactive measures to promote the sustainability and growth of our area.

The 1990s began with the Florida Legislature passing the Preservation 2000 (P2000) Act. This act allowed the District to acquire and protect environmentally sensitive lands that were in imminent danger of being developed. The lands protected by P2000 have provided our District with groundwater protection as well as endangered and threatened species habitat for the past 20 years. 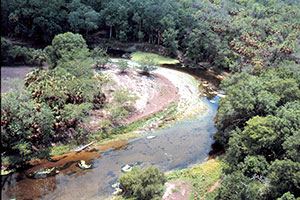 Abnormally low flows of the Peace River were one of the main catalysts for the development of the Southern Water Use Caution Area.

The Southern Water Use Caution Area (SWUCA) was established by the District’s Governing Board in 1992. A water use caution area is designated when water resources are or will become critical for a certain area in the next 20 years.

The SWUCA encompasses approximately 5,100 square miles and includes all of DeSoto, Hardee, Manatee and Sarasota counties as well as portions of Charlotte, Highlands, Hillsborough and Polk counties. It was established to address abnormally low flows in the upper Peace River, declining lake levels in the Ridge area along Polk and Highlands counties and advancing coastal saltwater intrusion in the Floridan aquifer system due to decades of groundwater overpumping.

District staff identified the challenges of the SWUCA and spent more than a decade working on the creation and implementation of a recovery strategy for the area. The result of this commitment to water resources planning was a much brighter outlook for the future of water resources in the southern portion of our District.

During the 1990s, it was determined that Florida’s surface and groundwater systems were being threatened by groundwater overpumping. In 1996 and 1997, the state Legislature made significant amendments to a statute that required water management districts to set minimum flows and levels on priority water bodies.

A minimum flow or level, commonly referred to as an MFL, is the limit at which further withdrawals will cause significant harm to the water resources or ecology of the area. Since the District’s MFL program began in 1996, it has protected more than 180 water bodies with MFLs.

“We expect by 2015 to have set more than 250 MFLs,” said Marty Kelly, District minimum flows and levels program director. “This includes MFLs on all of the first-magnitude spring systems, major river systems and estuaries in our District.”

If actual flows or levels are currently below, or are expected to fall below within the next 20 years, established MFLs, the District is required by state law to develop and implement a recovery or prevention strategy. “The refocusing of the state Legislature during the 1990s prompted the District to aggressively set MFLs to protect our water bodies from harm,” said Kelly. 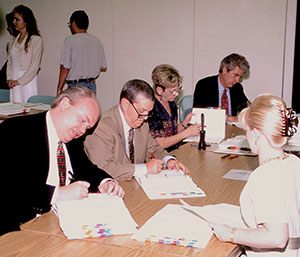 May 27, 1998, was a historic day for the District and major water suppliers in the Tampa Bay area. This was the day that the Partnership Agreement was signed, marking the beginning of the end to the area’s decades-long “water wars.”

Disagreements between local governments over access to the area’s limited water supply began decades before but amplified in the mid-1990s due to increased demand and decreased rainfall.

At this point, the District determined that water supply pumping was creating environmental damage to local lakes and wetlands and saltwater intrusion was beginning to threaten major water supply sources. The District concluded that pumping decreases from the wellfields located in Pasco, Pinellas and Hillsborough counties were necessary to fix the situation. This resulted in legal and regulatory conflicts that made little headway and led to a decision that another approach may be more effective.

The District decided to try a partnership. In 1997, staff began working with the then-West Coast Regional Water Supply Authority and its member governments to find a mutually acceptable resolution. The resulting agreement created a partnership between the two agencies that transformed the Authority into Tampa Bay Water and created a plan to construct new alternative water supplies to resolve the area’s water supply problems.

As part of the agreement, pumping in the area’s central wellfield system would be reduced by more than 40 percent over the next 10 years. Additionally, Tampa Bay Water committed to producing at least 85 million gallons per day in new water supplies. More than half of the new supply went toward reducing groundwater pumping in the wellfield system.

The District also provided $300 million in funding for the development of alternative water sources and conservation projects to reduce demand for water and increase efficient uses. The result was more than a billion dollars worth of new water supply facilities needed for sustainability. The District funds were available because of the foresight of the Governing Board and its Basin Boards in 1993. At that time, the Governing Board dedicated funds to developing new water sources, making it possible for the District to offer the Partnership Agreement in 1998.

“This agreement will have positive effects for decades, if not centuries,” said Sonny Vergara, the District’s executive director from 1997 to 2003. “It has and will continue to help provide an adequate, environmentally sensitive and healthy supply of water so badly needed for the future of the Bay area.”

The decade ended much as it began — with the protection of crucial lands in our District. In 1999, the state established the Florida Forever Program to succeed P2000. Florida Forever provided funds to purchase lands to build and promote water resources and water supply development. In addition, lands were able to be purchased for restoration, Surface Water Improvement and Management projects, conservation and recreation.

Through this program, District staff was able to proactively plan for future water resources protection by acquiring environmentally significant lands.

Planning became a primary focus of the District during the 1990s. In one decade, staff implemented two major land protection programs, planned the recovery of the southern portion of the District, protected water bodies with the development of MFLs and ensured water supplies for the Tampa Bay area with the signing of the Partnership Agreement. It was a decade of unprecedented long-term planning and extraordinary foresight. The determined commitment and hard work of staff ensured the ability to provide a sustainable future for the District’s water resources and its residents. 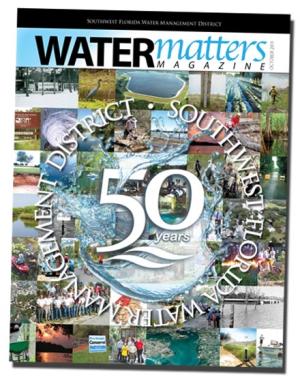