After mining phosphate in the 1960s, the American Cyanamid Company donated the majority of this property to the District in 1969. In 1970, a dike and a control structure were built to create the 700-acre reservoir, which offers some flood protection along the Alafia River. In 1972, under agreement with the District, Hillsborough County developed this site as one of its largest regional parks. Originally known as the Pleasant Grove Reservoir Park, the property was renamed the Edward Medard Park and Reservoir in 1977 to honor a District Governing Board member. Edward Medard Park is a popular recreation area, hosting 500,000 visitors annually, with the 700-acre reservoir being the main attraction. A boardwalk fishing pier leads to an observation tower across the reservoir. 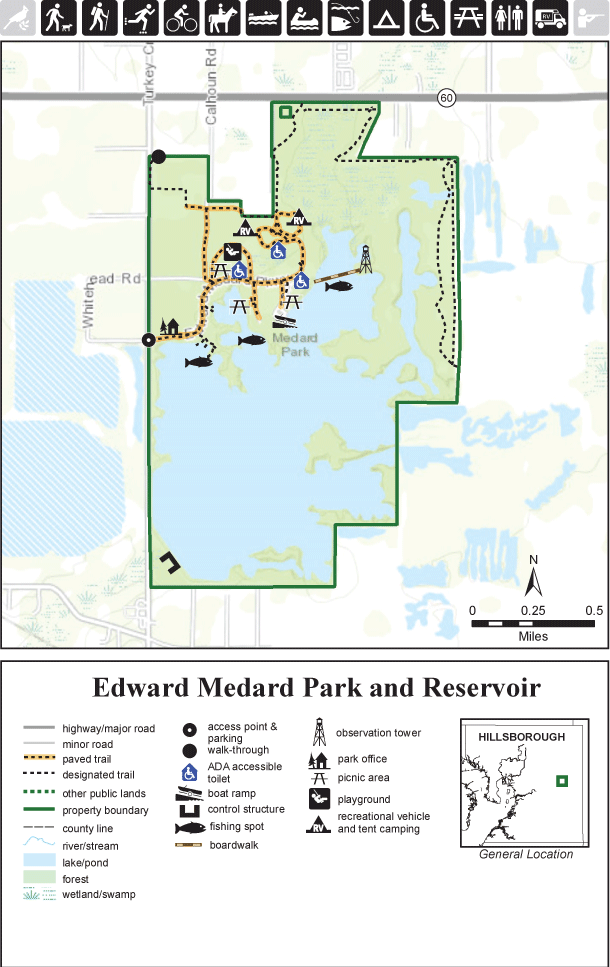