Purchased in May 2006 and opened to the public in January 2007, this 5,067-acre park is nestled within the Green Swamp Wilderness Preserve and named after one of the tributaries that flows through the property. Consisting mainly of pine flatwoods, cypress domes and open pastureland, this piece of pristine wilderness is home to many animal species including the American bald eagle, Sherman's fox squirrel, gopher tortoise, white-tailed deer, wild turkey and bobcat.

Size
5067 Acres
Hours of Operation
Daily from 8 a.m. until sunset.

Accessible restrooms and water are available at the parking areas.

Pets must be on a leash no more than six feet in length. Owners are requested to pick up after dogs. 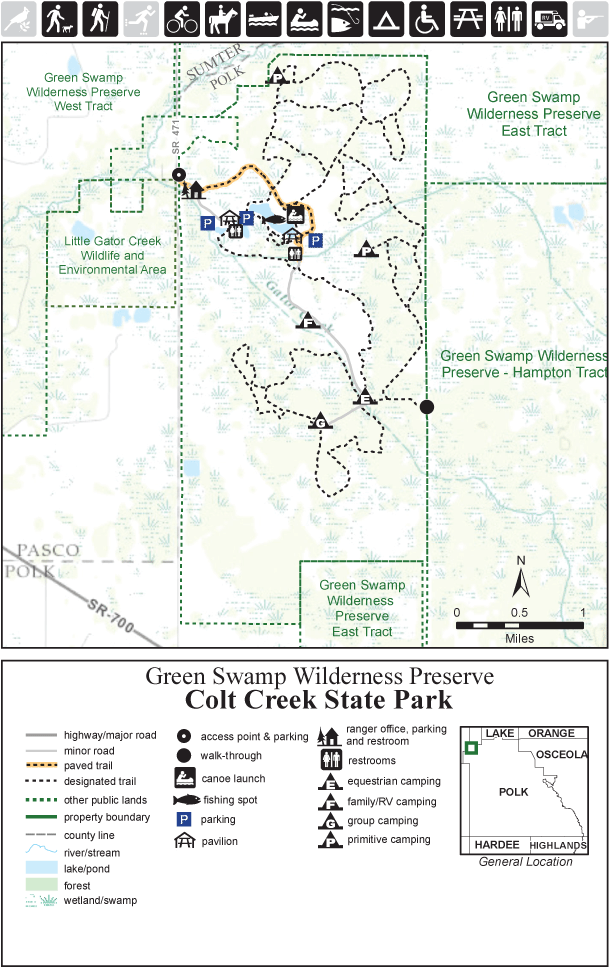