The Weekiwachee Preserve is part of a regional system of conservation lands that extend up to Crystal River Buffer Preserve, preserving the southernmost coastal hardwood hammock in western Florida. The preserve provides a rich mosaic of habitats including several miles of Weeki Wachee River frontage, portions of the Mud River, dense hardwood swamps, freshwater and saltwater marshes, and pine-covered sandhills. The preserve is best known for its Florida black bear population. The bears are shy, elusive and pose no threat to people, spending most of their time deep in the forest.

Size
11206 Acres
Hours of Operation
District lands shall be open to the public from 30 minutes prior to sunrise until 30 minutes after sunset only, unless otherwise authorized by the District per Chapter 40D-9 Florida Administrative Code. 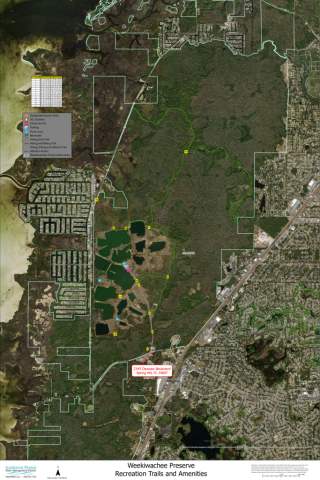