The Tampa Bypass Canal System helps prevent the Hillsborough River from flooding by diverting water around the cities of Tampa and Temple Terrace. 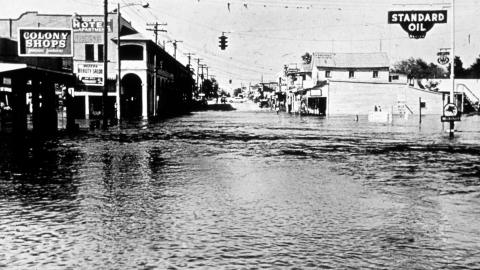 Hurricane Donna caused widespread flooding throughout Tampa and the surrounding area in 1960. The city experienced significant river flooding caused by rainfall, runoff and storm surge. In response, the Southwest Florida Water Management District (District) was created in 1961 by a special act of the Florida Legislature, and construction of the Four River Basin (FRB) projects began in 1966. The most prominent FRB flood control infrastructure is the Tampa Bypass Canal System. This system consists of the Hillsborough Flood Detention Reservoir, the Tampa Bypass Canal (TBC) and the Harney Canal. 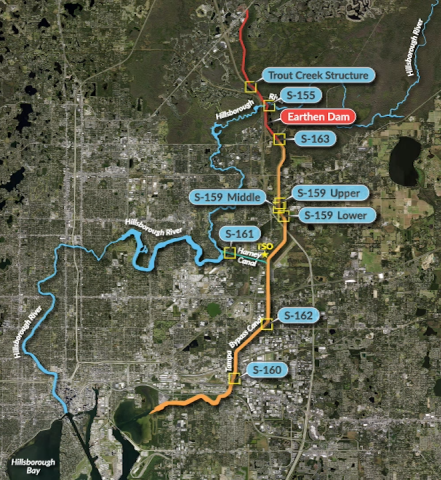 The Tampa Bypass Canal (TBC) helps prevent river flooding by diverting the flood water captured in the reservoir around the cities of Tampa and Temple Terrace. The TBC runs parallel to the Hillsborough River, for approximately 15.7 miles and empties into McKay Bay. The canal has several water control structures located along it, which allows the District to manage the flow of water into and through the canal. The canals are large linear pools of fresh water that are used by local utilities to supply the region.

During the construction of this flood control system, the District was experiencing a severe drought. Residents expressed concerns about dry wells, sinkholes and ecological impacts. In response to this situation, in 1969, the District requested Congress to expand the scope of the Four River Basins (FRB) projects to add a multipurpose aspect. A water supply component resulted, and the District changed the design of this system to help the City of Tampa with their public water supply needs. Water from this system is also utilized by Tampa Bay Water.