Every day the invasion continues. People are mostly to blame — we import plants from all over the world, planting them here in Florida. It might be because we think they’re useful, or maybe we just think a plant is pretty. Because these plants are new on the scene, Florida’s environment isn’t used to them.

Some plants can’t adapt to their new surroundings so they die off. Many new plants grow, but stay right where we put them. But some new plants love it here — they go to seed and start to spread. From the farms or yards where they were first planted, they spread and spread and spread, invading new territory and taking over places where native plants aren’t used to competing with them.

We call these unwanted plants “invasive,” and Florida spends millions of dollars trying to get rid of them. The crazy thing is — you might even have some in your yard! If you like to get down, dirty and destructive, then you can help.

But be careful — you don’t want to kill native or harmless plants. And many invasive plants will fight back, with chemicals to make you itch or cough. Ask for help from someone who knows what they’re doing.

Be on the lookout for these leafy villains who have invaded yards and natural areas all over Florida. 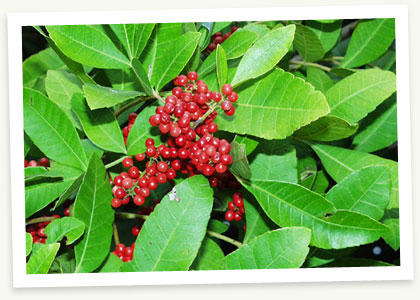 This spicy-sounding bush from South America arrived back in the 1800s because people thought it looked pretty. The green leaves and bright red berries reminded Floridians of Christmas holly bushes. Instead of a nice Christmas present, Florida was in for a nasty surprise. Brazilian pepper is now considered one of the most invasive species in the state. It grows next to water and crowds out mangroves and other native plants, but doesn’t provide the same high quality habitat. Beware: getting rid of it is difficult, and for some people — itchy! 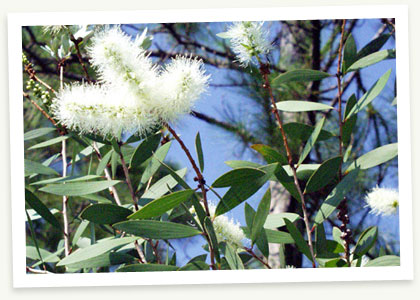 These troublemakers form gangs and chase everybody else out of town , growing in groves so dense nothing else can live with them. Sometimes called “paperbark tea trees,” melaleuca trees like water but they can live in dry or wet areas. They grow to about 80 feet tall and draw the water from the soil. They don’t like the cold so they’re more of a problem in southern Florida, where they have gobbled up hundreds of thousands of acres in the Everglades. 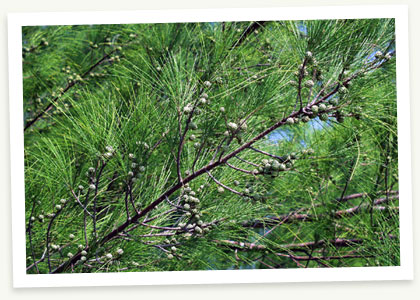 These trees (which disguise themselves as pines but aren’t) were brought to Florida to work. People planted them for lumber, to stabilize beaches and for shade. Bad idea — now they chase away other beach plants with chemical warfare. When things get windy, instead of stabilizing the beach, they blow over. This can mess up nesting sites for sea turtles and gopher tortoises. 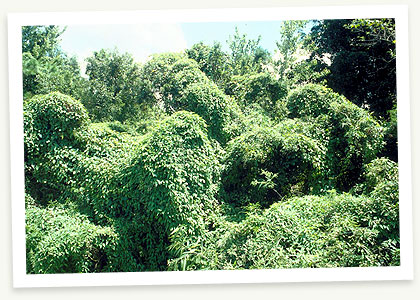 This stinker grows in forests, can live in the water and even high up in trees. It was introduced from Asia in 1897 and really does smell skunky. 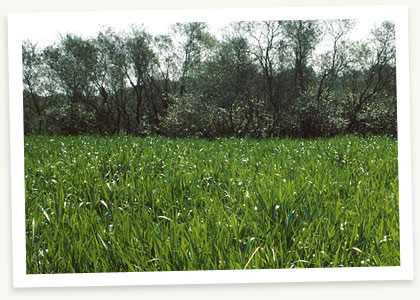 This sharp, hairy character is considered one of the world’s worst weeds. It first invaded the U.S. as packing material in an orange crate. It was also planted in Florida in case cows might want to eat it. They didn’t much like it and now it invades our fields and roadsides.