The initiative was designed to better understand the dynamics of the river and watershed, identify how alterations have affected the system, and evaluate alternatives to better manage the water resources.

STATUS UPDATE: The final Model Scenarios Report has been completed. Based on findings of this project and feedback from the public, additional scenarios will be investigated over the coming year in an effort to continue to evaluate ways to better manage the resources. For more information or to request a presentation, email the project manager. 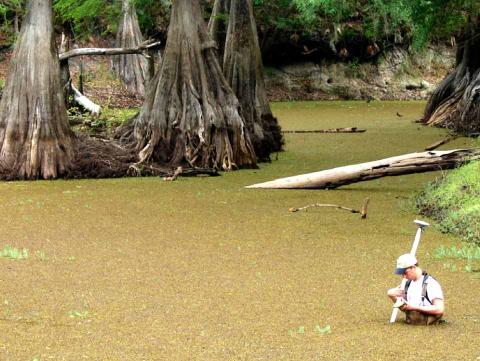 As part of this initiative, staff have performed hydrology and hydraulics studies, field investigations and engineeringanalyses to evaluate how the river system functions. This included the development of a comprehensive computer model of the entire Withlacoochee River, which has been calibrated using in-depth field surveys and published gauge data. Several scenarios were evaluated with the model to determine the impact of historical alterations and to define how changes in one area might affect other areas of the watershed. The model results have helped define the overall dynamics of the river and watershed which allow staff to better manage the water resources.

In 2015, several public meetings were held to present the models results and solicit feedback. Based on input received from the public, additional scenarios were evaluated and projects were implemented to improve the water resources.

Since 2015, District staff have provided monthly email updates to residents and stakeholders, keeping them informed about changes to the Withlacoochee River and its surrounding watershed. These updates include data trends for rainfall, water levels, river flow, structure operations and other important information. Monthly email updates are provided for the following areas of the watershed:

Sign up for email updates about the Withlacoochee River System »

District staff are also available to provide presentations about the Withlacoochee River Watershed or to meet with residents/organizations to discuss the river system.

Facts About the Withlacoochee River and Watershed 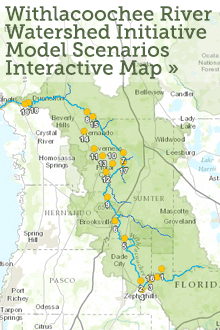 If you would like to receive email updates about the Withlacoochee River Watershed Initiative, sign up here: Email Updates »