The Withlacoochee River is one of the longest and most scenic rivers in the state. As Florida’s third largest river that winds through eight counties, there are many myths about this mighty river. Mark Fulkerson, Ph.D., P.E., Senior Professional Engineer, clarifies some common misconceptions about this 160-mile waterway.

Q: Why does the Withlacoochee River run north? Don’t most rivers flow south?
A: Rivers always flow downhill, regardless of the direction. It’s a common misconception that the earth’s forces cause most rivers to flow south. While many do, including the Mississippi, countless rivers flow in other directions as well. For example, the Nile River in Africa flows north, the Amazon River in South America flows east, and the Yukon River in Alaska flows west. Like all rivers, the Withlacoochee flows from an area of higher elevation (Green Swamp) to an area of lower elevation (Gulf of Mexico).

Q: Can flows from the Green Swamp be regulated?
A: The Withlacoochee River originates in the Green Swamp, an area of land characterized by forested wetlands, isolated cypress domes, pine flatwoods and sandy uplands. While there were plans back in the 1960s to alter the Green Swamp by building reservoirs and channels to control the flow of water, none of those plans ever materialized. Instead, land was purchased in the Green Swamp to preserve the area’s natural function of storing floodwaters and releasing them slowly, helping to filter contaminants and maintain good water quality downstream. Flooding and drought along the river are natural and flows from the Green Swamp continually fluctuate based on changing rainfall patterns.

Q: Why do water levels on the Withlacoochee River rise and fall so drastically?
A: With the exception of Lake Rousseau, water levels on the Withlacoochee River can change significantly throughout the year. Along the Lower Withlacoochee, near Yankeetown and Inglis, water levels are controlled by changing tides. For the remainder of the river (from the Green Swamp towards Dunnellon), water levels rise and fall from changes in rainfall. High rainfall during our wet season (June – September) can cause the river to naturally rise 10-15 feet, particularly in areas where the river channel is relatively narrow, and the banks are steep. During the dry season (October-May) the river will often drop back down that same amount. These extreme fluctuations can sometimes limit boat navigation or impact properties along the river. Currently, water levels are rising as summer rains continue to saturate adjacent lands and fill the aquifer, both of which provide flow to the river.

Q: Do bridges along the Withlacoochee River block its flow?
A: Not necessarily. While bridges can significantly affect river flow, they don’t always do so. Bridges along the Withlacoochee River were designed to allow maximum flows to pass. What does often change at a bridge crossing is the velocity of water. Since the area of flow at a bridge is narrower, the water must speed up until it passes the bridge. It’s kind of like putting your thumb over the end of a garden hose. The same amount of flow is passing through the hose, but your thumb constricts the opening, so the water is exiting at a higher velocity.

Q: If there are no hurricanes this year, can the Withlacoochee River flood?
A: Flooding along the river is not always associated with a tropical system. The Withlacoochee River naturally floods when its watershed is saturated, and it continues to receive heavy rainfall. This can occur after several weeks of high rainfall or an overnight storm like we saw from Hurricane Irma in 2017. 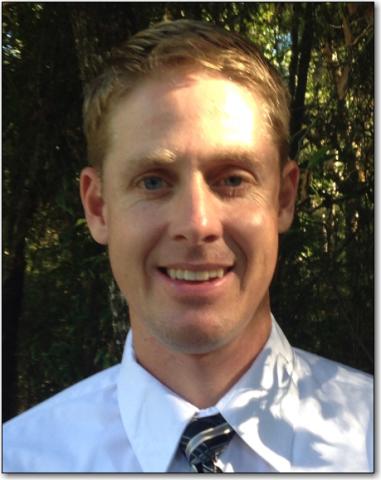 Dr. Mark Fulkerson is a Citrus County native and Senior Professional Engineer with the Southwest Florida Water Management District. For more than a decade, he has collected data along the Withlacoochee River and built modeling tools to better understand its complex dynamics.