Florida has the largest concentration of springs in the world, with more than 200 springs within the boundaries of the Southwest Florida Water Management District. These natural wonders rely on rainfall to replenish their water source, and Dr. Madison Trowbridge explains how the rainy season provides big benefits for Florida’s springs.

Q: What is spring flow?
A: Spring flow is the amount of water that discharges from a spring vent, or in most cases a collection of spring vents, and is the primary feature of a spring system. Spring flow creates and maintains the spring run. Without adequate flow, the ecology and human use potential of the spring run diminishes. There are five first-magnitude springs in the District that collectively discharge more than 1 billion gallons of water per day.

Q: What drives spring flow?
A: The amount of rainfall a region receives directly affects the amount of water that is discharged from the spring, which is what we call flow. Rain falls to the ground where it is absorbed by Florida’s limestone aquifer, known as the Floridan Aquifer. Once absorbed, the limestone holds the water like a sponge and the water becomes part of our aquifer. The water level in the aquifer is the driving force for spring flow. As rain is absorbed into the aquifer, it increases the water level in the aquifer, and creates greater and stronger flow in the springs.

Q: What happens to springs when there is not ample rainfall?
A: Rainfall patterns strongly influence the amount of groundwater that discharges from a spring, and rainfall has been generally lower since the 1960s. Because of that, we have seen a reduction in discharge in our springs during the past 60 years. Discharge affects flow in a spring system, and flow plays a significant role in maintaining the ecological health of many springs.

Q: When is spring flow the highest, or best?
A: Torrential downpours during the rainy season almost immediately soak into the aquifer in the District’s Springs Coast region, which raises aquifer levels and creates more spring flow. Water in the aquifer is released through openings in the limestone called spring vents.  Flow from some springs is so large that it creates their own river, like the Weeki Wachee, where water flows eventually to the Gulf of Mexico. Spring flows peak around late September and October due to months of heavy summer rainfall as water levels in the aquifer reach the highest for the year.

Q: What is recharge and why is it important?
A: Recharge is simply the natural replenishment of the aquifer through rainfall. For example, this year after receiving above average rainfall in the District’s northern region, you see high spring flows in the Weeki Wachee and Rainbow Rivers. The area where most large springs are located has some of the highest recharge rates in the state. This is a great reminder of how the water cycle plays a vital role in our spring flows.

Q: Where can I learn more about springs?
A:  You can learn more about the five first-magnitude spring groups in the District, Rainbow River, Crystal River/Kings Bay, Homosassa River, Chassahowitzka River and Weeki Wachee River, by visiting WaterMatters.org/Springs. 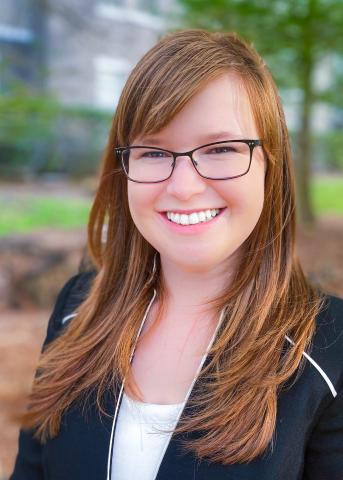 Dr. Madison Trowbridge is the Springs Scientist and the Springs Team Lead for the Southwest Florida Water Management District. She holds a Ph.D. in Cell and Molecular Biology from the University of South Florida and her doctoral research focused on subsurface microbial ecology near Weeki Wachee.