You may have noticed, we haven’t seen much rainfall around the District. Southwest Florida Water Management District Hydrologic Data Manager Granville Kinsman is our resident expert on hydrologic conditions and has details about our current rainfall pattern.

Q:  What is the normal rainfall cycle in central Florida?
A:  Rainfall is seasonal. Our rainy season is a four-month period from June through September, with average rainfall of about 7.8 inches each month. About 60% of our average annual rainfall is received during that time. The rainy season typically results in rising water levels in wells, lakes, rivers and springs. Our dry season is an eight-month period from October through May. During the dry season, our average rainfall is around 3 inches per month. Water levels typically decline in wells, lakes, rivers and springs during these eight months.

Q: Has this year been drier than normal?
A:  2019 was above-average in the northern and central counties, but the southern counties ended the year 3.9 inches below the long-term average. Since then, our weather has been very dry, especially January and March 2020. March was the driest March in 106 years. Because of that, the current 12-month rainfall total (through March 2020) has fallen to 0.6 inches below-average in our central counties (Pasco, Hillsborough, Pinellas and Polk) and the southern counties (those south of Polk and Hillsborough) are now a much more significant 7.9 inches below average.

Q:  Are we in a drought?  Are regional water resources healthy?
A:  We are currently experiencing drier conditions than normal, which is a meteorological drought. The severity varies across the District’s 16-county area. Our southern counties are much drier than other regions due to lower rainfall over the past year. As a result, we are seeing groundwater levels and rivers declining to below-normal levels.

Q:  Are regional water resources healthy?
A. Water resources are now showing the impacts of the below-normal rainfall, but public water supplies remain enough to meet demands if the public follows guidance to use water wisely and follows any water restrictions that may be imposed.

Q: What is the forecast for the next several months?
A:  The dry season normally ends in late May or early June, with the return of summer rainstorms. The current forecast is not entirely clear. Official forecasts have been predicting above-normal chances for rainfall, but very little has fallen. The District will continue to closely monitor conditions for further drought development. 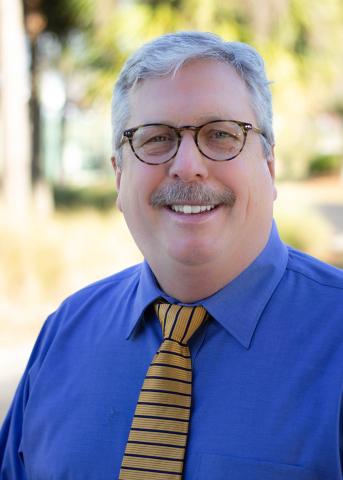 Granville Kinsman is a professional geologist and has been the manager of the District’s Hydrologic Data Section for 30 years. He is a subject matter expert for hydrologic conditions monitoring and reporting, and coordinates and manages the District’s data collection programs with the United States Geological Survey (USGS).