Q:  Is there a rainy season and dry season in central Florida?
A:  Yes, rainfall is seasonal. Our rainy season is a four-month period from June through September, with average rainfall of about 7.8 inches each month. About 60 percent of our average annual rainfall is received during that time. The higher rainfall results in rising water levels in wells, lakes, rivers and springs. Our dry season is an eight-month period from October through May. During the dry season, our average rainfall is around 2.7 inches per month. Water levels typically decline in wells, lakes, rivers and springs during these eight months.

Q: Have we had normal rainfall conditions over the last 12 months?
A:  As of February 2022, the Districtwide 12-month rainfall total is 4.6 inches below the historical annual average of 52.7 inches. Rainfall was 2.3 inches above normal in the northern counties and 7.3 and 7.1 inches below normal in our central and southern counties, respectively. The northern District 12-month total is above average due to plentiful rainfall during the wet season. Last year, Citrus County had the second highest wet season rainfall totals on record since 1915!

Q:  What is the role of La Niña in our weather?
A:  We are currently in a La Niña period. La Niña is a weather pattern related to the cooling of waters in the central and eastern tropical Pacific Ocean, and it has global impacts on weather. In Florida, La Niña normally results in warmer air temperatures and lower rainfall. Water resources typically decline during La Niña periods.

Q:  What is the forecast for the next several months?
A:  The National Oceanic and Atmospheric Administration’s (NOAA) Climate Prediction Center predicts La Niña is favored to continue into the summer due to below average east-central and eastern Pacific Ocean temperatures. Current forecasts indicate below-normal rainfall is likely over the next several months with a chance of normal rainfall conditions returning in the May-July time period.

Q: How can the public access the District’s hydrologic data, including rainfall and water levels?
A: These data can be accessed and downloaded from our Environmental Data Portal (EDP) at WaterMatters.org/EDP. 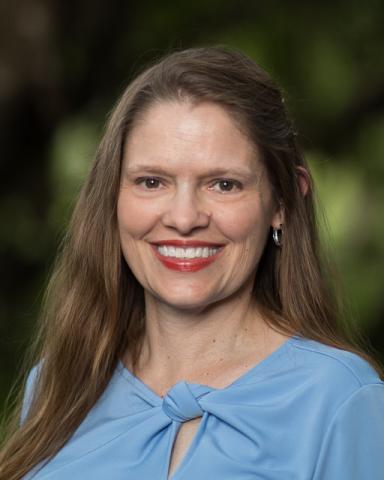 Tamera McBride is the Hydrologic Data Manager for the Southwest Florida Water Management District. She oversees hydrologic conditions monitoring and reporting at the District and coordinates and manages the District’s hydrologic data collection program. As a professional geologist with 26 years of experience, Tamera holds a Master of Science in hydrogeology from the University of South Florida and a Bachelor of Arts in environmental studies from Rollins College.