The study evaluated if opening the water control structures on Channels A and G would improve natural systems and water quality in the channels and ultimately Old Tampa Bay. 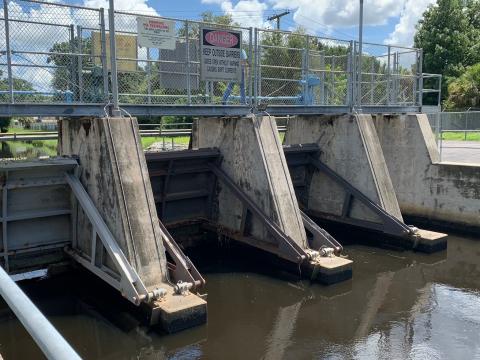 In 2014, the District, in partnership with the Tampa Bay Estuary Program, conducted a pilot study on Channels A and G, located in northwest Hillsborough County (see map). The goal of the study was to determine whether opening the channels’ two water control structures would improve natural systems and quality of water flowing into Old Tampa Bay, where water quality and seagrass coverage was a concern.

As part of the study, the structures were opened June 2014, and data was collected for two years that observed changes in the ecosystems along the channels. The study was concluded in June 2016 and the results showed that opening the structures on Channels A and G allowed tidal flushing upstream, which did change the ecology within the channels and quality of water flowing through the channels and into Old Tampa Bay improved.

The following provides a summary of observations from the 2014-2016 study:

Benefits to Fish and Wildlife

View Map of Channels A and G »