District leaders recently helped the City of Palmetto and other agencies cut the ribbon on the new facility, which will create an anticipated 144 million gallons per year of storage for reclaimed water that would otherwise be discharged into Terra Ceia Bay. 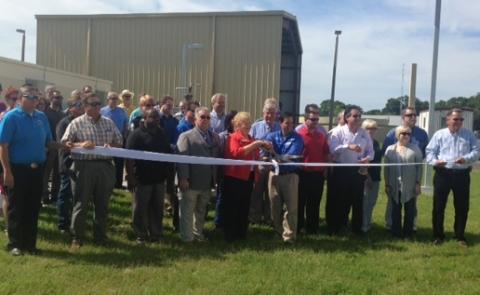 The ASR well is designed to recharge, store and reuse 1.2 million gallons per day of reclaimed water at the city wastewater treatment facility.

Robert Beltran, the District’s executive director, said a project like this is another way to ensure a sustainable water supply.

“The District has a long-term goal to reuse 75 percent of the available wastewater,” he said. “The City of Palmetto, in its foresight, is already exceeding that goal, reusing 84 percent of its wastewater flows.”

The project cost is about $4.2 million, with the District providing nearly half of the funding, and the remainder coming from the city and the Water Protection and Sustainability Trust Fund.