Babb of Tampa is president of Two Rivers Ranch, Inc. in Thonotosassa. He was appointed to the Governing Board in June 2011. 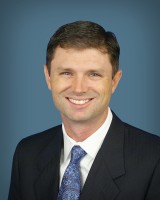 Babb has served as the president of Two Rivers Ranch since 2009. The 14,000-acre cattle and timber ranch stretches across Hillsborough, Pasco and Hernando counties and is the largest piece of privately owned, undeveloped property in Hillsborough County. Previously, Babb was the co-founder and president of Academic Financial Solutions in Tampa, which provides student loans.

Maggard of Zephyrhills is vice president of Sonny’s Discount Appliances Inc. in Dade City. He was appointed to the Governing Board in October 2011. 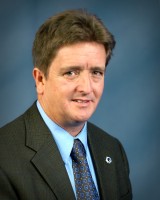 A native of Dade City, Maggard graduated from Zephyrhills High School. He went on to earn his associate’s degree at Pasco-Hernando Community College in Dade City.

Maggard has served as vice president of Sonny’s Discount Appliances Inc. for 30 years.

Prior to his appointment to the Governing Board, Maggard served on the District’s Coastal Rivers Basin Board from 2004 to 2010, including a term as vice chair. Maggard is chairman of the Pasco County Republican Party and a member of the Zephyrhills Economic Development Board.

Adams of St. Petersburg is an attorney and partner with Abbey, Adams, LLP. He was appointed to the Governing Board in April 2010. 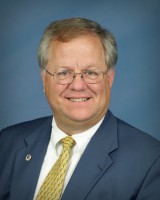 An Illinois native, Adams graduated from Carl Sandburg High School in Orland Park, Illinois and went on to earn a bachelor’s degree from Oral Roberts University in Tulsa, Oklahoma. Adams also earned a juris doctor degree from the Stetson University College of Law in Gulfport, Florida and has been admitted to both the Florida and Illinois bars.

Adams has spent his entire professional career with the law firm of Abbey, Adams, LLP. He began clerking for the firm while attending Stetson University. After graduating, Adams was employed as an associate and became a partner in 1989.

A board-certified civil trial lawyer, Adams has extensive experience in insurance defense and has served on numerous arbitration panels, conducted seminars and has testified as an expert in legal issues.

Dunbar of Palm Harbor is chairman of Synovus Bank of Florida. He was appointed to the Governing Board in July 2013. 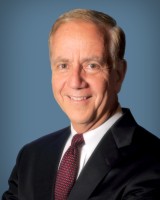 Originally born in New Haven, Conn., Dunbar graduated from Dunedin High School. He went on to earn a Bachelor of Science degree in Finance from Florida State University. Dunbar has also earned certificates from the American Bankers Association National Commercial Lending School at the University of Oklahoma and from the Banking School of the South at Louisiana State University.

Dunbar has been employed by Synovus Bank of Florida as a commercial banker since 1995. He served on a number of appointed county boards and statewide commissions, including the Pinellas Board of Adjustments, the Pinellas Local Planning Agency, the Florida Elections Commission and the Florida Taxation and Budget Reform Commission.