The Governing Board appointed Brian Armstrong as executive director at today’s monthly Board meeting. Robert Beltran, who announced his resignation earlier this month, will stay on temporarily to assist in the transition. Beltran was appointed to serve as the District’s executive director in September 2013, and is returning to the private sector. 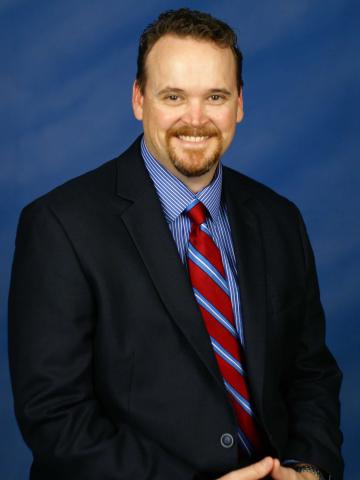 “I’m truly humbled that I have the opportunity to lead such a talented staff,” Armstrong said.

Armstrong returned to the District as assistant executive director in May 2014. In that role he was responsible for the leadership and oversight of the Operations, Maintenance & Construction, Regulation, and Resource Management divisions. He brings more than 15 years of experience in water resource management.

He was previously the assistant director for the Florida Department of Environmental Protection (DEP) Southwest District. There, he led the restructuring of DEP’s District operations by reducing costs and improving internal operating performance, including the creation of a successful compliance management team. Prior to that, Armstrong served as the Water Supply and Resource Development manager for the District.

Armstrong is a licensed professional geologist who earned his Bachelor of Science in Geology and his Master’s Degree in Hydrogeology from the University of South Florida.