Former District Governing Board Chairman Jeff Adams was recognized Tuesday for his service to the District.

The District's current Governing Board members recognized Adams during its meeting, noting all the work he completed while serving on the Board. 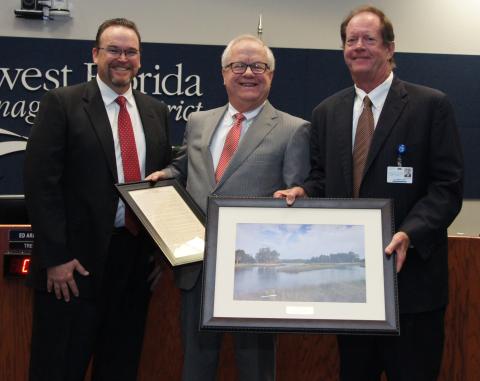 Adams is an Illinois native that graduated from Carl Sandburg High School in Orland Park, Illinois. He earned his bachelor’s degree from Oral Roberts University in Tulsa, Oklahoma, and a juris doctor degree from the Stetson University College of Law.

Adams spent his professional career with the law firm of Abbey, Adams, LLP. In addition to his legal experience, Adams has held numerous leadership positions in a variety of organizations.

The Board honored him with a framed photo.