In its ongoing effort to educate on the benefits of alternative water supplies, the District recently hosted a workshop on water reuse, which is when reclaimed water is used for a direct beneficial purpose.

“Maximizing the use of reclaimed water is critical to ensuring that future generations of Floridians have adequate water supplies to meet their needs,” said Randy Maggard, Governing Board Chair.

The workshop was an opportunity for Governing Board members and citizens to learn more information about the advancements in technology and benefits of water reuse from local and national experts. 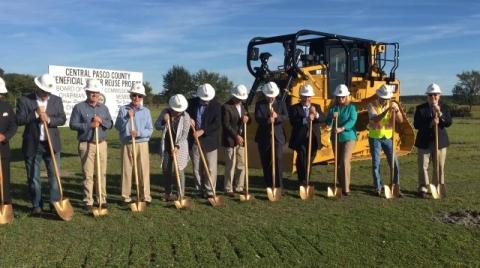 The District has been a leader in water reuse, investing more than $435 million in 364 reclaimed water projects since 1987. On average, about 42 percent of the District’s available reclaimed water is being reused. The goal is to reach 75 percent utilization by 2040.

“It is possible to overcome the psychological barriers once [the public] has the information,” he said.

Currently, in the United States, many facilities are using indirect and one facility is using direct potable reuse. But many are studying the benefits including the City of Tampa.

“The future of reuse is potable reuse,” said Brad Baird, Public Works administrator for the City of Tampa.

The Tampa Augmentation Project (TAP) feasibility study of potable reuse is expected to be completed in 2018. 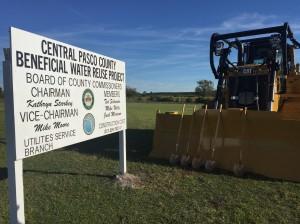 The District’s Executive Director Brian Armstrong noted the District already has projects being constructed in the indirect potable reuse arena. Maggard mentioned the October groundbreaking on the Central Pasco County Beneficial Water Reuse Project. It aims to construct 237 acres of wetlands and deliver up to five million gallons of highly-treated reclaimed water daily to 15 wetland basins located in an area where there has been significant environmental degradation due to groundwater withdrawals.

“Although we haven’t received funding requests, we are potentially on the cusp of receiving those for direct potable reuse,” he said. “Hopefully, this workshop was helpful in educating and answering questions as we move forward.”