The District’s work with springs is receiving worldwide attention as a Paris production crew recently documented some of the District’s projects.

One Planet Productions, based in France, writes and produces films dedicated to science, society, nature and the environment. Their films are broadcast on French television, as well as National Geographic and the Discovery Channel. 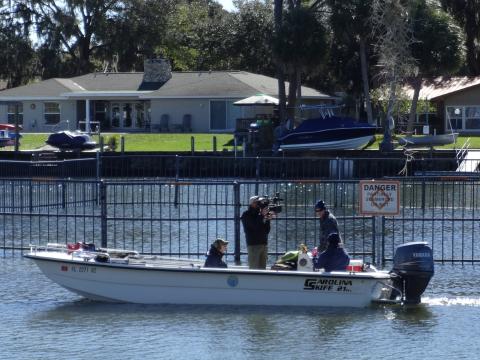 The film crew spent about a week documenting springs in the District. They visited Three Sisters Springs and were able to view the completed Wetland Treatment Project, which will help improve water quality for Kings Bay.

Next, they captured the beauty of Rainbow Springs before moving on to Crystal River and Hunters Cove, where the District has a Revegetation Pilot Project designed to improve water quality.