As Hermine descended on Florida’s west coast earlier this month, District staff sprang into action to help respond to and prevent flooding from the first hurricane to hit the state since Wilma in 2005. 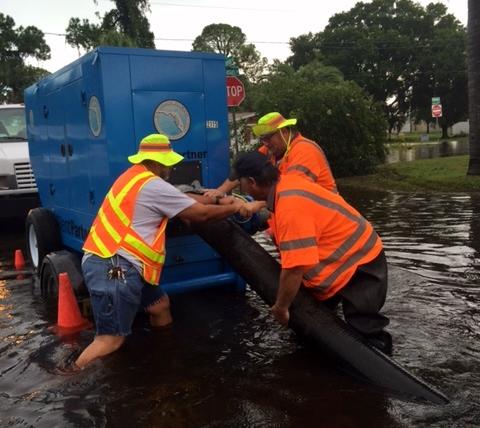 With the EOC at a level two activation, it was all hands on deck as employees from across the District got involved.

Diana Koontz, structure operations manager, and Mike Bartlett, chief structure controls analyst, worked around-the-clock to monitor lake and river levels, while Joe Quinn manned the District EOC throughout the weekend, assisting with requests from across the state and responding to citizen flooding complaints.

“I’m extremely proud of the teamwork we displayed across the District during Hurricane Hermine,” said Executive Director Brian Armstrong. “As usual, District staff pulled together to do what we do best.”