Sarasota Bay has about 700 more acres of seagrass beds, according to the 2014 seagrass mapping study by the District’s Surface Water Improvement and Management (SWIM) program.

The District’s study results show Sarasota Bay now supports 13,288 acress of a seagrass beds. That’s the largest amount in the history of the District mapping program. 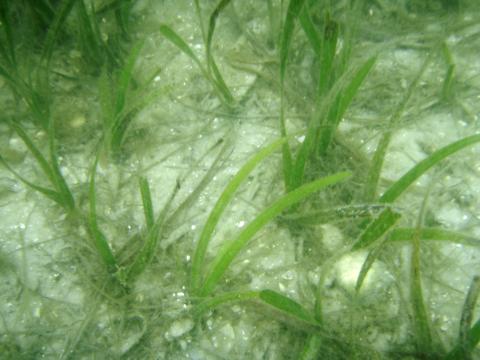 Sarasota Bay waters include five bay segments made up of Manatee and Sarasota County waters. All bay segments gained seagrass from 2012 to 2014 with an overall 5.6% increase since 2012.

The District’s maps are used as a tool for measuring and tracking biological integrity of estuaries as it relates to water quality conditions. Seagrass generally grows in waters less than 6 feet deep, but in the clear waters around Egmont and Anclote Keys it can be found in water ten feet deep or more.

The District began its formal seagrass mapping program in 1988. As part of the program, SWIM scientists assess seagrass in five Gulf coast estuaries. Every two years maps are produced from aerial photographs and then verified for accuracy by conducting field surveys. The results are used to track trends in seagrass and to evaluate ongoing water quality improvement efforts.