The City of Clearwater is a step closer to producing almost all of its own water supply with the ground breaking of another reverse osmosis facility.

Reverse osmosis is a water treatment process that purifies water by removing dissolved particles, minerals and ions. Reverse osmosis is most commonly known for its use in drinking water purification from saline waters such as brackish groundwater or seawater. The process removes salt and other materials from the water, resulting in high quality drinking water.

This $34-million project was possible through the District’s Cooperative Funding Initiative, where the District provided $15 million. 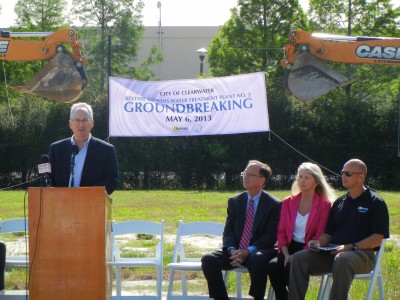 Pressman noted the reverse osmosis plants including new ones in Oldsmar and Tarpon Springs will have a big impact on the water supply.

“These three new facilities will have the capacity to produce 26 million gallons of water per day,” he said. “That’s more than the Tampa Bay desalination facility.”

Withdrawals from the regional wellfields were causing adverse impacts to lakes and wetlands. So in 1991, the District established the Northern Tampa Bay Water Use Caution Area and adopted new rules for water use in Pinellas, Pasco and Hillsborough counties. 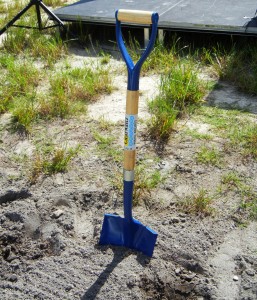 “For decades to come, this new water plant will serve the needs of the city’s water customer by providing them with high quality drinking water,” says Tracy Mercer, Public Utilities Director. “We are appreciative of the support of our citizens and our customers.”

Construction on the plant is expected to be completed in December 2014.